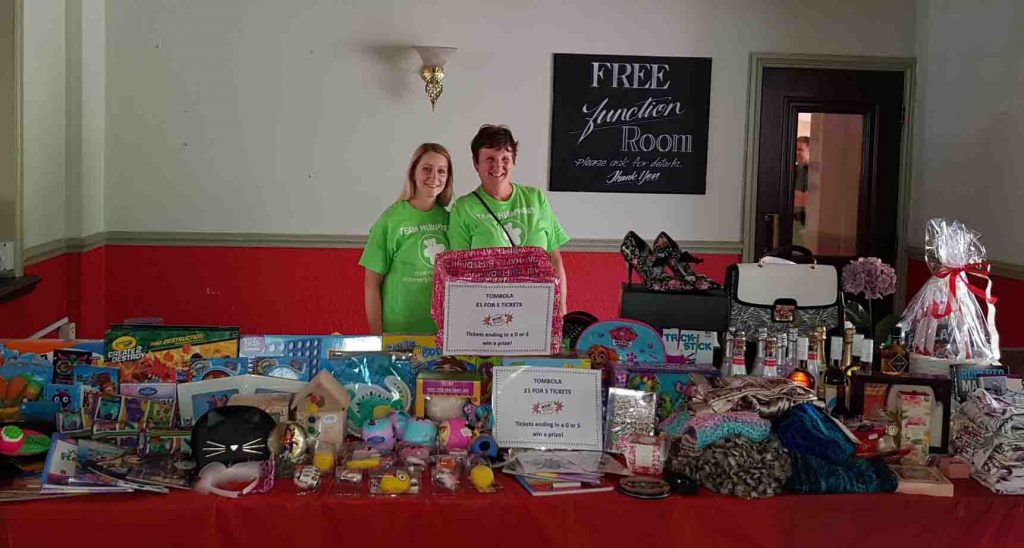 Funeral homes across the North West of England have teamed together to raise vital funds for the Oncology and Haematology Ward at Royal Manchester Children’s Hospital.

For the next 12 months funeral homes in the region will be working together with G W Turner Funeral Directors, who will be fundraising solely in aid of Ward 84 at the hospital.

They kicked off their year of fundraising with a family fun day organised by Funeral Arrangers Stacey Booth from G W Turner and Stephanie Tierney from Robert Nuttall, Rochdale, alongside Area Development Manager Angela Worrall and their colleagues from administration, training and Michael Kennedy Funeral Services.

Families enjoyed a bouncy castle, party games, a cake stall, face paints, a tombola, play your cards right and visits from Humphrey bear and local up and coming boxer, Luke Evo Evans, who posed for photos with visitors and gave away signed photos.

There were also big prizes to be won at the raffle including Britney Spears tickets, Manchester City football tickets, spa treatments and boxing gloves signed by Ricky Hatton and Tyson Fury.

Stacey said: “The ward is very close to all of our hearts and working with the bereavement centre at the hospital makes you realise the absolutely incredible work that the doctors and nurses do on this ward every day.

“In 2015 Stephanie’s daughter Elle spent a year on Ward 84 after being diagnosed with stage 4 Birkett’s lymphoma. Elle, who is now nine and in remission, rang the famous end of treatment bell on 15 September 2015 and wants to thank the hospital and staff of Ward 84 for all their hard work and amazing care she received.

“We all want to raise as much money as possible for the hospital and all the families that have to spend time on Oncology and Haematology Ward.

“The day was a complete success, everyone looked like they had such a great time. We raised £946 which brings our total after our first event to £1,238 which is outstanding. We can’t wait to start fundraising again.”